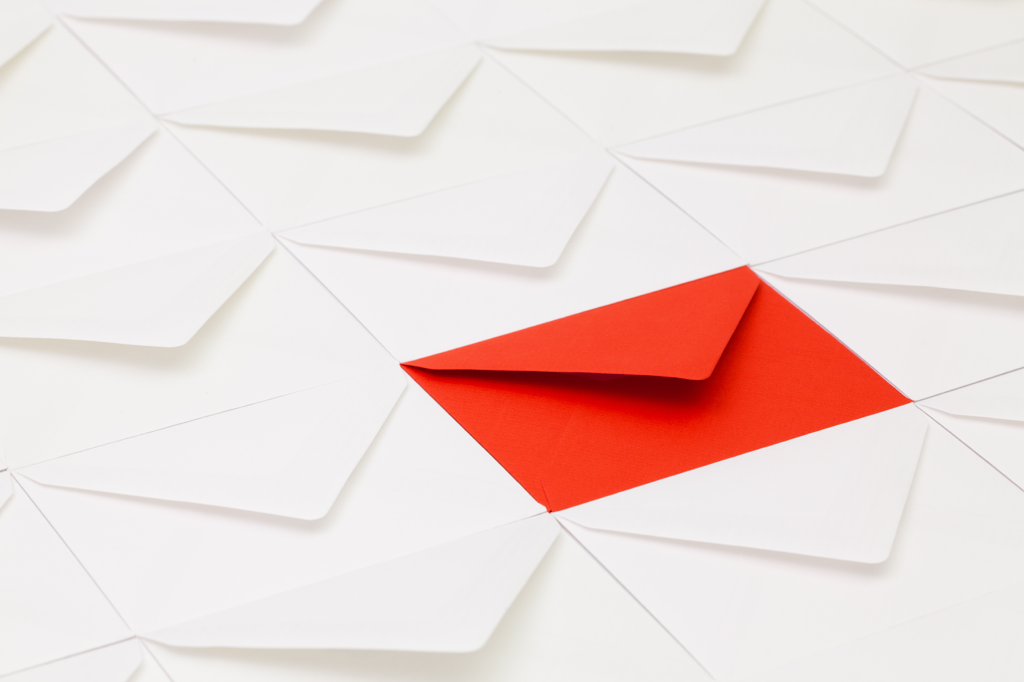 We reported an overflow vulnerability in the base64 decode function of Exim on 5 February, 2018, identified as CVE-2018-6789. This bug exists since the first commit of exim, hence ALL versions are affected. According to our research, it can be leveraged to gain Pre-auth Remote Code Execution and at least 400k servers are at risk. Patched version 4.90.1 is already released and we suggest to upgrade exim immediately.

One byte overflow in base64 decoding

This is a calculation mistake of decode buffer length in b64decode function:
base64.c: 153 b64decode

As shown above, exim allocates a buffer of 3*(len/4)+1 bytes to store decoded base64 data. However, when the input is not a valid base64 string and the length is 4n+3, exim allocates 3n+1 but consumes 3n+2 bytes while decoding. This causes one byte heap overflow (aka off-by-one).
Generally, this bug is harmless because the memory overwritten is usually unused. However, this byte overwrites some critical data when the string fits some specific length. In addition, this byte is controllable, which makes exploitation more feasible.
Base64 decoding is such a fundamental function and therefore this bug can be triggered easily, causing remote code execution.

To estimate the severity of this bug, we developed an exploit targeting SMTP daemon of exim. The exploitation mechanism used to achieve pre-auth remote code execution is described in the following paragraphs. In order to leverage this one byte overflow, it is necessary to trick memory management mechanism. It is highly recommended to have basic knowledge of heap exploitation [ref] before reading this section.

We developed the exploit with:

First, we review the source code and search for useful memory allocation. As we mentioned in the previous article, exim uses self-defined functions for dynamic allocation:

Function store_free() and store_malloc() calls malloc() and free() of glibc directly. Glibc takes a slightly bigger (0x10 bytes) chunk and stores its metadata in the first 0x10 bytes (x86-64) on every allocation, and then returns the location of data. The following illustration describes structure of chunk:

Metadata includes size of previous chunk (the one exactly above in memory), size of current block and some flags. The first three bits of size are used to store flags. In this example, size of 0x81 implies current chunk is 0x80 bytes and the previous chunk is in use.
Most of released chunks used in exim are put into a doubly linked list called unsorted bin. Glibc maintains it according to the flags, and merges adjacent released chunks into a bigger chunk to avoid fragmentation. For every allocation request, glibc checks these chunks in an FIFO (first in, first-out) order and reuses the chunks.

The main feature of storeblocks is that every block is at least 0x2000 bytes, which becomes a restriction to our exploitation. Note that a storeblock is also the data of a chunk. Therefore, if we look into the memory, it is like:

To leverage this off-by-one, the chunk beneath decoded base64 data should be freed easily and controllable. After several attempts, we found that sender_host_name is a better choice. We arrange the heap layout to leave a freed chunk above sender_host_name for the base64 data. 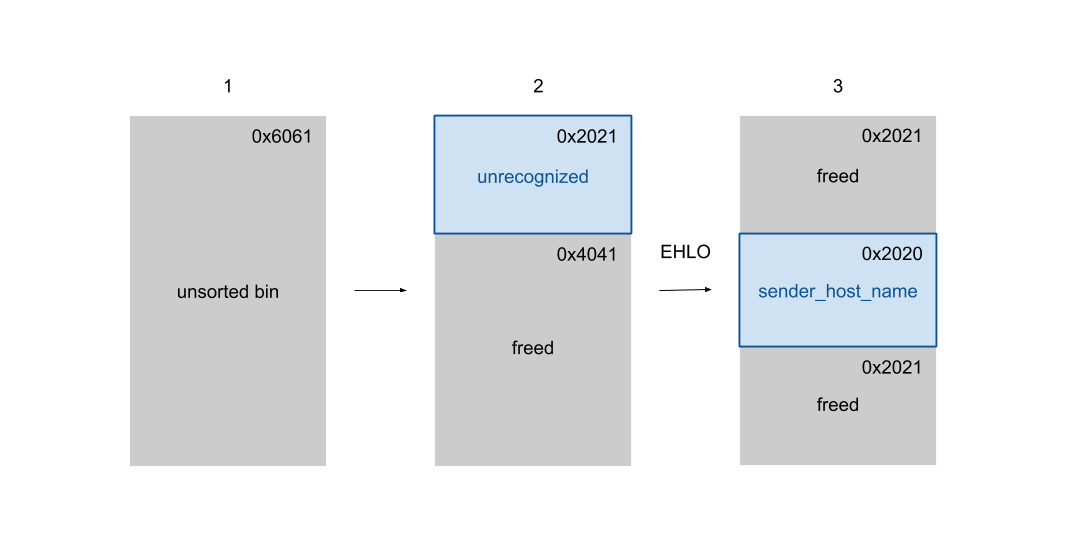